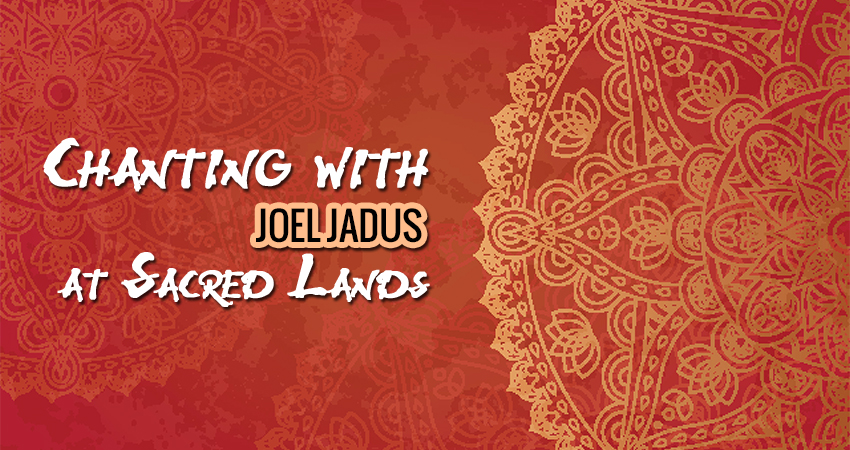 You are welcome to join us for an evening of Kirtan & make new Friends, Sing, Meditate & chanting by Swan Kirtan with Joel Jadus & Friends.

Kirtan, a call-and-response chanting genre, is one of the oldest sacred music traditions from India. Through ancient Sanskrit mantras, Kirtan goes beyod the music itself, it unites all levels of consciousness and produces an energy that quiets the mind and takes one to a deeper experience of the Self. In the silence between the songs, one can feel the depth of the silence that lies within. Kirtan calms the mind and relaxes our body.

Swan Kirtan is a devotional chanting group of musicians from Maine. We play a fusion of Eastern and Western music. We offer chants from multiple faiths. Our kirtan is in traditional Indian raaga style.

“Thank you for your beautiful 2-CD set which I am enjoying so much. It is beautiful to chant to, and I love the India-style production. I can’t tell you what a difference your correct pronunciation makes to me. It’s wonderful. And the beautiful instrumentation is to be much admired. The CD makes me feel like I am back in India. ” – Wah

“Ashok, thank you for serving as our emcee. Your love and devotion was felt by all. Your presence in the Kula was a great comfort to me personally. ” —- Dana Kaplan, LoveLight Festival

“You are the one person in the States that present genuine Indian kirtan.” – Gary Goldberg.

A third-generation musician in a family tree including players of violin, piano, double bass, guitar, and accordion, REBECCA ZAPEN has developed into a versatile performer — a classically-trained violinist whose styles encompass numerous genres including jazz, klezmer, pop, and world music. She graduated Phi Beta Kappa and Magna Cum Laude from Florida State University, with degrees in Music and Biology, where she studied under former concertmaster of the New York Philharmonic, Eliot Chapo. Past appearances include Jacksonville Jazz Festival, Clearwater Jazz Holiday, and Florida Folk Festival. Zapen has been a musical guest on Public Radio International show Michael Feldman’s Whad’Ya Know?, as well as being a featured soloist with the Hollywood Philharmonic Orchestra. As an orchestral player, she has served as a section violinist in the Jacksonville Symphony Orchestra, the Illinois Symphony Orchestra, and in orchestras backing pop/rock groups such as Indigo Girls, Electric Light Orchestra, and Alan Parsons Project.

Heather was DeRiog was born into a family of professional and touring musicians, Heather grew up immersed in Musical & Artistic culture with a strong influence in Funk, Rock & Jazz styles.

Often creating hybrid set-ups from drumset, djembe, cajon, tabla and a buffet of dynamic hand percussion, Heather is characterized by many in her field as a ‘pocket’ player’ with a flair for world beat rhythms & creative grooves.

She is an experienced teacher in both the private sector & class environment. She has also taught Music and Drums at various Schools & Music Schools, including Tampa’s premier Music School The Patel Conservatory, – teaching World Drums & Rhythms and directing performances. She has played with numerous bands & artists in a wide variety of Musical styles – including World Music, with celebrated Fusion musicians such as Baye Kouyate, Ash King,
Shankh Lahiri, ‘The Violin Brothers’, Abhik Mukherjee & more.

In 2017, she was nationally selected to be the drummer for the new band & Reality Television show ‘Frequenci’, where she recorded Drums & Vocals for the pilot episode in Philadelphia.

Her passion for using her musical talents toward the upliftment & empowerment of others and to help cultivate Unity through the power of Music has led her to focus on playing drums & percussion with leading Kirtan bands &
artists such as Girish, David Newman, Wynne Paris, Shankh & Friends, Visvambar Sheth, Kirtan Rabbi & more.

Ashok Nalamalapu was born in India and has been a devotee since his childhood. He has been leading multi-faith chants and playing harmonium since 2011, singing in the traditional Indian Raga style. Ashok has been studying with Indian classical musicians including Kala Ratna D.V. Mohana Krishna and Grammy Nominee, Jai Uttal. He has led kirtan at many festivals across the country including Bhakti Fest, CA. Ashok has also led kirtan at colleges, temples in India and the US, and yoga centers including Kripalu, Ananda Ashram and in Spain. In addition, he has served as a Master of Ceremonies, inspiring the audiences at all the major US kirtan festivals. He is a lead vocal singer at Swan Kirtan band. His debut album, “We are all One” is available on cdbaby.com. You can reach him at ashok@SadhanaMe.com

Children are welcome. No prior experience is needed. No one is turned away for lack of funds.

Please contact ashok@SadhanaMe.com for doing some seva at the event or posting flyers.